Our Company - UTS
Главная / About Company / Our Company 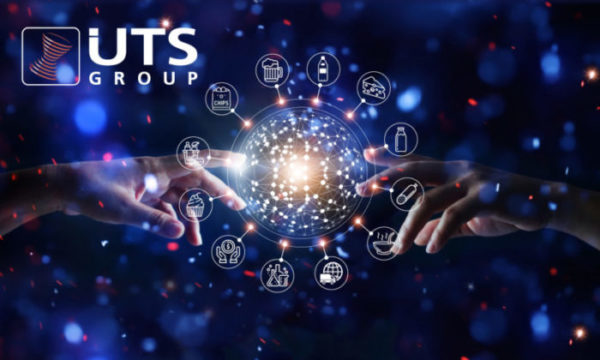 UTS group is a proven partner of major manufacturers of food products and ingredients in Europe and Russia.

Leading position in the market since 1993

Focus on every client

Our portfolio contains all the key ingredients for brewing, soft drinks and beverages production, dairy products, snacks, meat industry, for food equipment cleaning and disinfection. We also offer a full range of the required sanitary-technical documents.

OUR HISTORY – 26 YEARS OF OPERATION

A new department of the holding was founded – Beer Ingredients Department

Establishment of an office in Ukraine

Beginning of partnership with Kerry Group. Introducing a new product to our portfolio – PVPP Polyclar 10 (Ashland)

Founding of a new department of the holding - a Savory Department

Start of distribution of Kerry Bio-Science ingredients for brewing

Start of cooperation with DSM

UTS Group together with DSM participated in a "Campina-Fabuless" project

Launch of distribution of yeast extracts, dairy enzymes and cultures by DSM

Start of sales of juice enzymes and confectionery enzymes by DSM

Сertificate of compliance to the standards of EcoVadis

1995: a new department of the holding was founded – Beer Ingredients Department that offers raw materials and functional ingredients for brewing

1997: establishment of an office in Ukraine

2002: UTS Group started its work with snack industry ingredients, as well as with the ingredients for meat and dairy industries

2004: sweetener SWETA from the company Pure Circle has been promoted by UTS Group to the beverage market

2007: UTS Group together with DSM participated in development of a new product by Campina – a yogurt cocktail Control, based on the DSM Fabuless ingredient

2011: we started sales of juice enzymes and confectionery enzymes by DSM

2014: UTS Group has confirmed its compliance to the standards of EcoVadis Supplier Sustainability Ratings, a rating agency that specializes in assessment of Corporate Social Responsibility (CSR)

2017: UTS Group participated in the development of a range of products for craft brewing by Kerry

Over a short period of time our company has taken the leading role as a supplier of raw materials for brewing, beverages, dairy and meat industries in the Russian Federation and other CIS countries. High quality of the supplied materials, excellent team work, all-embracing service for each particular customer have allowed us to establish partnership with the leading producers of the raw materials for the abovementioned industries, as well as with the end-users from these industries widely represented on the European and Russian markets.

Our portfolio contains all the key ingredients for brewing, soft drinks and beverages production, dairy products, snacks, meat industry, for food equipment cleaning and disinfection. We also offer a full range of the required sanitary-technical documents.

Our motto THE BEST TO THE BEST is a laconic expression of our business ideology which we have been implementing for more than 25 years. This ideology consists of effective logistics and deliveries management, profound market research, careful market monitoring to understand modern trends, tendencies and perspectives, promotion of innovative products and technologies, rendering technological consultations which form an integral part of our work and embrace all the key issues of overall quality of the supplied raw materials, safety of their usage in food products and beverages, their full compliance with the State regulatory acts and laws.

We do everything in our power to enable our customers to become market leaders: